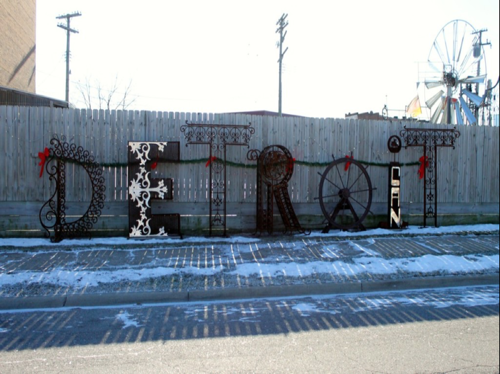 A raggedy man slowly shuffles toward the lunch counter. It is apparent to Emma, working behind the counter, that every move this man makes is a struggle. Either his clothes are several sizes too large, or he is several sizes too small. His coat swallows him whole, mostly covering him in darkness and shadows, except his face.

She can see his face, shaggy, a little overgrown, unkempt and covered in dirt and muck, but she glimpses a welcoming, forlorn twinkle in his eye.

Seeing his struggle, Emma gently moves toward the stranger. As she approaches, the raggedy man is taken aback, as if he hasn't been touched--or even spoken to--by another human in a very long time.

"It's okay,” Emma says. "What can I do for you? What’s your name?" He looks at her with misty eyes and whispers with all the strength he can muster, "Thank you.”

Emma brings the man some soup and a hot cup of coffee. He nods appreciation and tentatively grasps the coffee mug bringing it slowly to his lips. Emma thinks, “The Detroit winters are brutal. His clothes look warm and heavy, but they’re so worn I doubt they provide much comfort.”

As if he has just downloaded data, the raggedy man brightens up—just a little— and asks, “My name?” Emma can see that he is earnestly trying to remember as he takes another sip of soup.
“Yes, sir… I was just wondering. My name’s Emma. I like to talk to people. Manager says maybe too much. Anyway. It’s not like this joint is jumpin’,” she says as she surveys a nearly-empty department store.

Emma wipes the counter, biting her lip the way she always does when she’s deep in thought. She sees the raggedy man taste the soup—cautiously at first, and then with a bit more vigor. With each sip, his eyes seem a little clearer, his body a little stronger. She says, “We make a pretty good soup, huh?” The raggedy man smiles and says, “I remember a soup just like this a long time ago. People were nicer then. Anyway, the soup—and some company—always brightens my day."

The raggedy man continues to eat and they have more conversation for some time. As the raggedy man begins to leave, Emma smiles and says, “It is nice to talk to someone. Stay warm out there,” a blessing possibly unrecognized, but most certainly not unrealized. 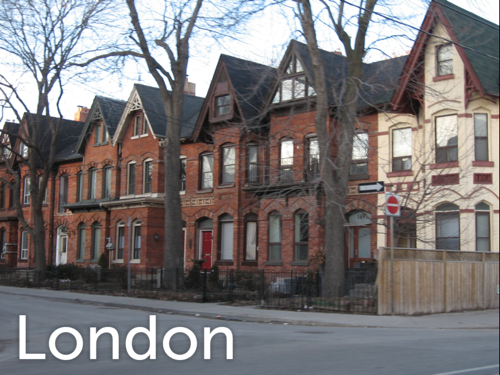 A raggedy man sits on the stoop of a once-proud Brownstone, wiping his brow with a perhaps too used handkerchief. It is as futile an attempt to stay one step ahead of the brutal London Summer Sun as it is to return the brownstone gem to its former glory. Both human and human-made have seen better years and are, perhaps, headed toward the ends of their eras.

The raggedy man melts into the concrete rubble under his feet when a long, cool shadow casts over him. "Are you okay, my friend?" A voice sweetly sings.

The raggedy man squints and tries to focus, but he still can’t make out any features. The voice is only outlined by the blinding, brutal sun, which gives it an otherworldly glow. The raggedy man thinks, “Angels? Demons? It must be a trick of the light.”

“Who are you? What do you want?" the man tries to shout. It has been a long time since anyone—or anything for that matter—has interacted with him, so he only manages a sad whimper: "Nobody cares about me anymore. Why don't you leave me alone?" He drops his head and curls up within himself.
"Come now, don't be so dramatic!” Ella says cheerfully. Oh great, she’s going to annoy me to death, thinks the raggedy man.

“My name's Ella. May I help you inside?" she asks. "What's the point?" the disheveled man replies. "No cooler in the house."

"Well then, maybe I know a house where you can be more comfortable," Ella says. "I know a nice cool place. Come on; you don’t need to be afraid. I just want to help." When the raggedy man hears that phrase: I just want to help, he suddenly raises his head and his heart jumps. "That voice," he thinks. "I know that voice."

At that, the raggedy man stands up rather more rapidly than Ella thought possible. “I’ll go with you. Why don’t you tell me about your family?” the raggedy man says flashing a reminiscent smile that blinds the sun. 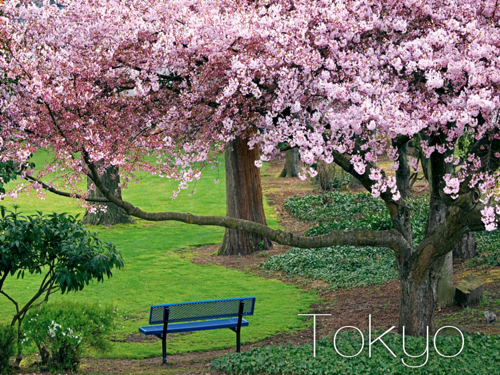 The raggedy man sits on a park bench feeding the pigeons scraps he's found around town. Leaves and cherry blossoms lazily float downward until they settle prostrate on both the things of nature and the things of man.

Enma is taking her lunchtime stroll through the park. She has seen thousands of raggedy people sitting on thousands of park benches feeding pigeons, but for some reason, today, this raggedy man attracts her attention.

She watches as he slowly (perhaps painfully) reaches into a bag and throws crumbs, bits of vegetables, meat, and other indescribable, possibly inedible vittles on the ground for his avian friends. “Forgotten scraps for the forgotten scraps, unfortunately," she thinks.

Enma decides to do something she's never done before. She approaches the raggedy man, who cautiously looks up from his task to see who could possibly be coming to talk to him.

"Hello…" she says tentatively. "Hello," the raggedy man says. Enma thinks she sees a twinkle in his eye but decides she’simagining things. "I don't know why I'm here,” she says, "I just felt like coming to talk to you. Is that okay? Would you like to talk?”

The raggedy man smiles and says softly, "I haven’t much to talk about, but if you want to talk, please, be my guest.” He motions for her to sit on the bench with him and says, “I'll listen." His voice betrays a formal Japanese education and particular social class. Enma says, “How about we take turns? I’ll start. My name is Enma, and I work for the government.” She pauses for a moment and then says, “Isn’t it funny how we always define ourselves by our work? That’s so very Japanese, don’t you think?” She waits for a response but receiving none, she prods: “Hmm? What’s your work? Your hobby?”

She talks about her grandmother, and how she always said, “Never underestimate the healing power of a soup made with love.” Enma talks about her mother, “who was just the kindest soul I’ve ever known. My mom would talk to anyone! She even ran a house for raggedy folks.”

Enma gets lost in her story, and as she tells the man everything, she suddenly notices that he is much less unkempt. She decides it’s her imagination and the setting sun playing tricks. “I’m sorry, I’ve just been going on and on. Please, tell me about yourself!”

The man sits silently, a tear slowly trickling down his cheek. He smiles at Enma and says, “I have lived for a very long time, and I have seen beauty and horror. But let me start by telling you about this amazing bowl of soup I once had.”