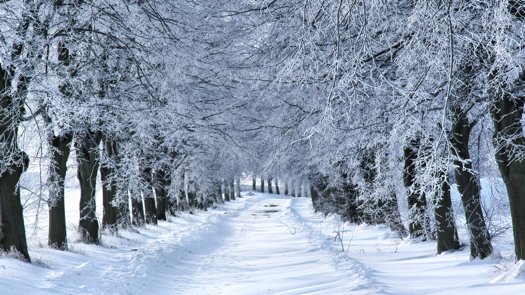 When I was seven-ish years old, we lived in a little white house surrounded by a little white picket fence in the not-so-little town of DeKalb, Illinois. DeKalb had two (TWO!) claims to fame: A hybrid corn made famous by its deliciousness and “flying ear of corn” logo, and Northern Illinois University, home of the underwhelming Huskies. Yes, my early, formative years were lived in a Midwestern cliché.

Memories of that era play on my mind’s eye through cloudy puffs of nostalgia. In the winter, sunlight danced on a glistening white carpet of snow. Snow makes the world seem more magical, don’t you think? Perhaps it simply reveals the magic that’s always there.

When you’re a kid, Christmas is full of magic. Back around 1969, I watched as my entire town transformed into a winter wonderland. All us kids were on vacation from school. Every day was filled with snowmen, snow forts, sledding down the hills of the ol’ North 40 (a huge empty lot near our neighborhood that was snow festival in the winter, amateur golf course in the summer), snowball fights and, of course, anticipation.

What kid doesn’t get excited about Christmas? Even growing up in a mixed Jewish (my mom)-Catholic (my dad) household, Christmas was a big deal in our family. Both sides of the family are firmly Polish, with forbears emigrating to America with the great tide of new souls at the turn of the 1900s. And since Chanukah is typically around the same time as Christmas, we found a way to weave both traditions into a big extended family celebration.

Part of our Christmas day tradition was to drive to Chicago, about an hour away, to celebrate with my dad’s relatives. All the cousins and aunts and uncles would swarm on my grandparent’s house on the South Side. The smells of Kolachke, fresh polish sausage from Steven’s Deli, roasting turkey and ham and other delectables are as imprinted on my memory as playing the piano on the deck of my cousin’s house or playing “Operation” together after dinner. By the way, none of us became doctors. Probably a good thing.

As a young boy, Christmas was about family, friends, and food. I do have some hazy memories of going to Mass (in Latin) and Synagogue (in Hebrew). One of the first Christmas gifts I remember was a children’s book of illustrated Bible stories. It was massive, and I loved it. It had pictures of Noah and the ark surrounded by a bevy of beasts, gazing around an island backlit by a rainbow. It showed Moses, long white beard, insanity in his eyes as he delivered the Ten Commandments to God’s people. It showed Jesus, teaching people who sat around him in a circle hanging on his every word. It showed him hanging from a cross, bloody and beaten. I didn't realize it then, but those early images burned into my psyche and were my earliest experience with the schism between Judaism and Christianity.

At the time, there was a distinct divide between Jewish and Catholic (the only Christianity I knew existed then) traditions. My Mother and Father’s marriage in the early 1960s was somewhat scandalous. I didn’t know this until much later, of course, because by the time I was old enough to know what was going on, the families had made amends with their religious differences. Still, Jews were Jews and Catholics were Catholics, and in my young mind, the only real difference was a squabble over the divinity of this Jesus fellow.

My parents tried to explain this religious schism to a seven-ish-year-old as best they could. What I remember is this: Catholics believe Jesus is the Messiah, the Son of God sent to save the world. Jews think he was a nice Jewish rabbi. At the time, I suppose this explanation worked for me because I didn’t know what a Messiah was. As I grew up and we moved to different places, though, it became apparent to me that my Jewish heritage was problematic for a surprising number of people.

In my teens, Christmas began the inevitable transition from a holiday of childhood wonder and excitement over gifts to a quest for deeper meaning. What is this holiday about? Why do we exchange gifts? Why the celebration for the Son of God, Savior of the world, when it’s obvious the world is full of treachery, fear, and cruelty? Christmas was no longer full of excited expectation and sledding with my friends. It was instead rife with melancholy. It became disambiguated; a celebration for the birth of a Messiah who had, in my teenage mind, failed miserably at his task.

Trying to talk with my Christian friends about any of this was blasphemy. They didn’t have answers to my questions. They hadn’t been told the background of Christmas. They didn’t know the early church picked December for Jesus’ birthday primarily because the cycle from Advent through Easter worked nicely with the winter and summer solstices, already celebrated by the world’s greatest religion in Jesus' era: Paganism. My friends knew only one thing: Jesus Christ was King of the Universe, and if I didn’t believe in him, he would send me to Hell after I died.