The United States is Not a Christian Nation. Thank God. 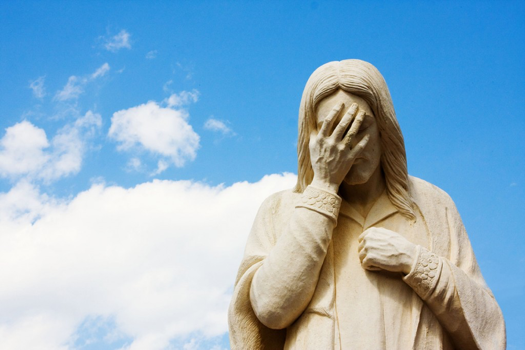 Among the many utterly unacceptable and uneducated statements I’ve heard since the disaster that is the Trump Presidency began, the most heinous is the claim that Herr Donald is somehow making America a “Christian” nation again (although I suspect that the people I hear that from are using “Christian” as a secret code word meaning “White”).

America is not, nor has it ever been, a Christian nation—well, at least not with respect to state religion. Perhaps we were a nation with genuine Christian values once upon a time, when we still warmly welcomed refugees and immigrants, believing what is etched on the Statue of Liberty; when we provided affordable, quality health care; took care of our elderly; worked hard to help the poor lift themselves out of poverty; put people to work on infrastructure projects and… well, you get the idea. Those are Christian values. Caring for the other—especially the stranger—is core to Christ’s teachings. A nation with Christian values does not build walls. It tears them down, just like Jesus did.

As a nation, we gleefully discarded our Christian values long ago, when we shackled other humans and forced them to leave their homes to be beaten into subjugation. We stopped following Jesus again recently when we started treating corporations better than the people working in them. Either way, it’s not Jesus’ teachings of self-sacrifice for the common good that Trump’s soon-to-be-brown-shirted goons are celebrating (because they are Christian in name only, after all). Rather, the ultra-right imagines Christianity as the state religion, as they believe it was in the beginning and should be for all time. ‘Murka! Sieg Heil!

The mistake the ultra-right makes, of course, is that America has never had a state religion (thank God). The founders intentionally created a secular nation. They did this for a multitude of reasons. They knew first-hand the prejudice and terror caused by state religions—that’s why they were in the colonies, after all. The founders were primarily Protestants (only two of them were Catholic), but Protestants have wildly different ideas about what it means to be Christian. To ensure no one of them could foist their brand of Christianity on the entire nation, the founders wisely separated church and state. But, there’s an even more interesting reason the founders avoided creating a single state religion: out of respect for the thousands of Muslims living here in 1776.[1]

That’s right. Even as the Constitution was being drafted, the colonies were filled with hard-working non-Christians that included Jews, Hindus, Buddhists, and a very large population of Muslims. Muslims who had been forcibly brought here as slaves. Think keeping slaves is Christian? Neither did Thomas Jefferson. Nor Jesus.

I don’t want America to be a Christian nation. In my opinion, secular government is the ideal. What I would like is for the Christians in America to start acting more like Jesus and a lot less like President Trump. For that to happen, we need to remember some extremely basic ground rules:

1) Christians welcome ALL PEOPLE into their country, regardless of race, creed, or religion and without tests. REMINDER: Jesus wasn’t a Christian. He was a Jew. In Trump’s America, Jesus would be turned away at the border. Because Jesus was also a refugee—from the Middle East. [2]

2) Christians love God with all our hearts, souls, strength and mind; we love our neighbors as ourselves (Luke 10.27).

4) Christians gladly redistribute our wealth. We never hoard for ourselves like the 1% of Americans who control 90% of all the money. Jesus’ first followers brought everything they had to the community—talent, time, gold, food—whatever they could offer, and they gave it freely to sustain the community.

5) Christians love diversity! The first followers of Christ were Jews, after all. Eventually, Gentiles joined the fold. The mix of Gentiles and Jewish followers of Jesus caused confusion in the First Century, CE synagogues. That’s when “Christians” splintered off and planted the roots of a new religion.

Early worshipping groups were exceptionally diverse. Disciples (a fancy word for students) were rich, poor, male, female, slave and free. They all worshiped, studied, and ate together. Women were in positions of leadership and financed churches. The first Christians were what we would today call socialists. They were doing exactly what Jesus had taught them. Yes, you read that correctly: Jesus was a socialist, not a capitalist and certainly not a political hard-liner.

This country has some soul-searching to do, and we who claim to be Christian must begin to reclaim the faith and remind people what it means to live like Jesus, not just pay him lip service. Most importantly, though, we need do the one, simple thing Jesus most demands of us: Be decent human beings.

Meditation: I am a disciple of Jesus. I am selfless, not self-righteous.

[1] http://www.loc.gov/loc/lcib/0205/tolerance.html
[2] Deuteronomy 23.15-16 (NIV):  If a slave has taken refuge with you, do not hand them over to their master. Let them live among you wherever they like and in whatever town they choose. Do not oppress them.