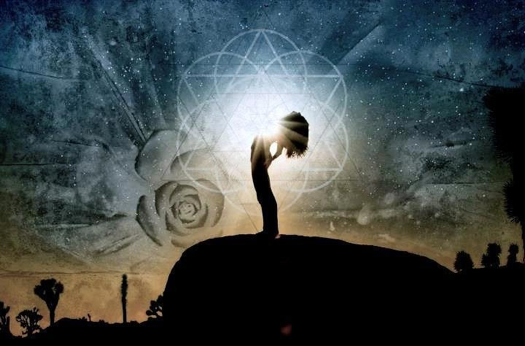 Throughout Advent we’ve been studying Gnosticism*, an ancient wisdom philosophy. We’ve learned that:
The current scholarly consensus is that the Gnostic texts we’ve been studying from Nag Hammadi have their roots in the earliest forms of Jewish wisdom literature (such as Sirach). By the middle of the 1st Century, CE, we know there were established gnostic schools within the Christian communities of Alexandria, Rome, and other cities, because Gnostic teachers like Valentinus were commenting on the Christian gospels.

We also have letters from Bishop Irenaeus dated to ca. 140 CE or so. These letters are often rebukes against gnostic texts being used by priests in his parish. So, we know that for nearly 150 years, Christians were reading the gospels of not only Matthew, Mark, Luke and John, but also and regularly the gospels of Mary, Thomas and Phillip. These texts, only recently rediscovered near Nag Hammadi, Egypt, are once again finding their way into Christian conversation.

For Gnostic Christians, Jesus exemplified the ultimate state of human being. They interpreted Jesus’ teachings as being about self-awareness. Jesus was self-aware of God as the fabric of his being, so he and God became one in the flesh. It’s an early step toward the idea of panentheism championed by St. Francis: the fingerprints of God are in all things. I would say, “God is the DNA of reality.”

Gnostic teaching presumes we focus our lives on spiritual evolution and that Jesus is a key unlocking spiritual wisdom.

Still, there are some striking similarities in thought between Paul, who is the real author of Roman Catholic theological doctrine (even though Paul himself was always a good and faithful Jew), and the Gnostics, particularly of the teacher Valentinus.

For example, compare these two passages:

The Beloved Son Reveals What Is New (From The Gospel of Truth)
Knowledge of the Father and the revelation of his Son gave them the means of knowing. For when they saw and heard him, he let them taste him and smell him and touch the beloved Son. He appeared, informing them of the Father, the illimitable, and he inspired them with what is in the thought, doing his will.

Many received the light and turned to him. But material people were strangers to him and did not discern his appearance or recognize him. For he came in the likeness of flesh, and nothing blocked his way, for incorruptibility cannot be grasped. Moreover, while saying new things and speaking about what is in the Father’s heart, he produced the faultless Word.

Light spoke through his mouth and his voice brought forth life. He gave them thought and understanding and mercy and salvation and the spirit of strength from the Father’s infinity and sweetness. He made punishments and afflictions cease, for they caused those in need of mercy to stray from him in error and bondage.

Galatians 4.4-7But when the fulfillment of the time came, God sent his Son, born through a woman, and born under the Law. This was so he could redeem those under the Law so that we could be adopted. Because you are sons and daughters, God sent the Spirit of his Son into our hearts, crying, “Abba, Father!” Therefore, you are no longer a slave but a son or daughter, and if you are his child, then you are also an heir through God. For Paul, we relate to God as a child to a parent. We are separate, but now beloved because of Jesus’ atoning sacrifice. Paul interprets Jesus this way because he has always been entrenched in a sacrificial religious system. Moreover, Paul, always the shrewd evangelist, is preaching primarily to Gentiles. These people are Pagans, who also understand blood sacrifice as a way to appease or appeal to their gods. It is a short-sighted view of Jesus' incredible revelation of divinity within, but it also spreads like wildfire because the concept of Jesus' spilled blood for the atonement of human sin is easily grasped by people who still believe God is a superhuman living in the sky. Which was most people 2000 years ago.

The Gnostics, on the other hand, with a nearly 5000-year tradition of internal spiritual searching (Gnostic ideas have been traced to some of the earliest human civilizations), understood Jesus in a very different, much more complex way. For the Gnostics, and for millions of Christians today, we don’t relate to God as separate entities, disappointing children adopted by a parent who decides he'll put up with us because, once incarnated, God (in the visage of Jesus) finally understood how difficult earthly life is. Rather, in Jesus the Gnostics saw the truth of being human: We are the entity, just like Jesus. It is he who then teaches us how to become more divinely human, a birthright we have forgotten. Gnosticism is, in part, about becoming a new being here and now, not in the afterlife. This is a spiritual task. As we enter a new year, what are the Gnostic ideas that help you experience renewal and a more divinely human existence?