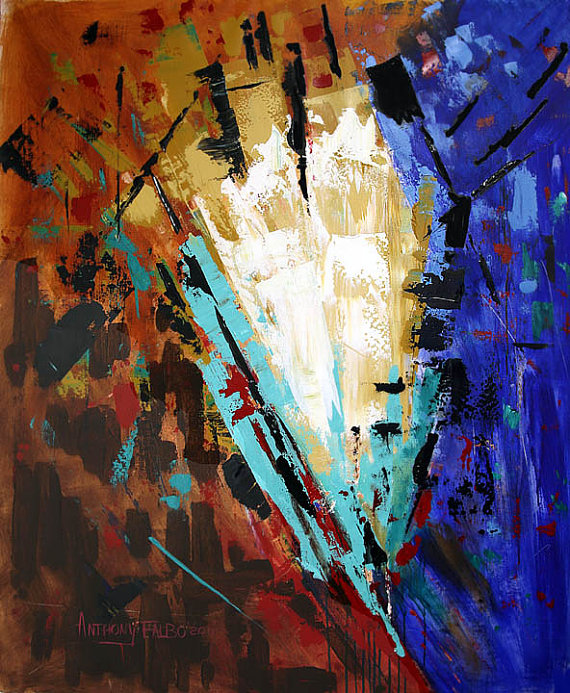 In scripture, it is often God's chosen people--the Jews, people God has promised never to forsake, who are exiled all the time. This begs the question, "If the ancient Jews were God's beloved people, why are they constantly losing their homeland? My conclusion is that there must be some spiritual benefit to exile (because I believe every action in God must be loving and beneficial).

The idea that we may find ourselves exiled even while knowing we are beloved also indicates that exile, while horrific, can also help solidify a people's ethnic cultures and spiritual traditions. Exile might even help us develop new, profoundly meaningful ways to commune with God. The Jewish people doubled down in Babylon and created a pocket of Jewish social, religious, economic and spiritual culture within the empire. They evolved the way they worshipped and experienced God, because now God had to be with them in exile, rather than comfortably at home in the Jerusalem Temple. It was most likely in Babylon that the Synagogue system, so fundamental to the structure of all houses of worship in all religions since, was first developed.

In Babylon, the Jewish people were in both physical and spiritual exile. I can't even begin to imagine the horrifying reset that sort of deportation must cause. It's not willingly moving to a cave in the Rocky Mountains to "find God." The Jews were kicked out of their ancestral lands and forced into a new, much more morally ambiguous culture. Try to imagine a foreign power invading your home and forcing you to relocate. I imagine it might make one question everything they ever believed.

But Jeremiah makes it clear that exile, while painful, can also be a time of tremendous spiritual growth. Jeremiah reminds people that God says, "I will be present for you."

While we gathered here today might not be the victims of forced relocation, I do think we often share a sense of spiritual exile with our ancient Jewish ancestors. Perhaps now, more than ever in our recent memory, we feel especially exiled, as we attempt to live into the example of Jesus while surrounded by a completely foreign culture. And I mean that on every possible level of interpretation.

When our religious contemporaries tell us Jesus is narrow-minded, that God favors some (and favors the rich) over others; when what I truly consider the "Christian values" of love, compassion and unconditional acceptance and forgiveness are rarely mentioned in "Christian" conversations; when we who believe Jesus was more concerned with the plight of the poor and the responsibility of the rich to relinquish their wealth for the common good; we, too, might feel like spiritual exiles.

I'm not talking about the times in our lives when we seem out of spiritual gas. Personal spiritual ebb and flow is natural. What I've been thinking about lately is the possibility that the entire human race is in spiritual exile, like the Jews in Babylon. Furthermore, I think perhaps we've been in exile for so many generations, that we've forgotten we are not in our homeland any longer. We've forgotten we're in exile.

Our ancient Jewish ancestors were afraid of this sort of spiritual forgetfulness  Remember, Nebuchadnezzar took "all the princes, and all the mighty men of valor, ten thousand captives, and all the craftsmen and smiths; none remained, save the poorest sort of the people of the land" (2 Kings 24.14). Almost everyone from the Kingdom of Judah is sent away. Once in Babylon, there's argument early on about how much the Jewish people should assimilate into Babylonian culture. Ezekiel warns them about becoming too cozy with their captors, claiming God would never allow the Jews to assimilate. But in fact, they do assimilate, and even flourish. Daniel becomes governor!

Ezekiel warns the diaspora about getting too cozy. Ezekiel knows that assimilation often leads to forgetfulness. The more we conform to a culture, the more we lose sight of from where we once came. Statues of our ancestors turn to dust, bugs eat our literature and soon, history forgets our people ever existed.

How many generations does it take to forget home? Two? Twenty?

Have we forgotten our home, our real home, our spiritual home in the everlasting presence of a God who promises, time and time again, to release us from captivity and gather us back?

What if everything we sense, this fabulous mental construction of civilizations, nation-states, commerce, wealth and poverty, debauched excess and shameful social struggle, war and peace, is not home, but an exile we've forgotten about because we've been here too long? Are we so assimilated into the cultural idea that we're worthless sinners that we've made it so? Have we locked ourselves inside our minds with no hope of returning home?

And then I remember what God speaks to Jeremiah: I will bring you home after your long exile.

And in fact, that is what happens to the Babylonian diaspora. While the Jews did flourish in Babylon,  they never forgot their homeland, their heritage, their God. In exile, they confirmedtheir understanding of covenant with God and each other. They learned how to live as faithful people in a culture that had a completely different set of standards. Their faith grew. And when God did finally bring them home, they had new ideas and a profoundly deep faith to teach to those who had remained behind.

Judaism transformed and flourished in exile, and those lessons--about who they were as a people, about the ever-present nearness of God, and about what it means to be God's beloved through the most desperate of times, would inform and prepare them for the horrors they were yet to face thousands of years later.

We who claim to be followers of Jesus--people who understand that a personal relationship with God changes the world, we also live in a culture that has very different ideas than ours about how people should behave in society. We might do well to remember our Jewish ancestors and take a few pages from their exilic playbook. but first, we need to understand that we are in exile, then double-down on our faith that God remains near, that we remain beloved, and that at some point, we'll all return to love.