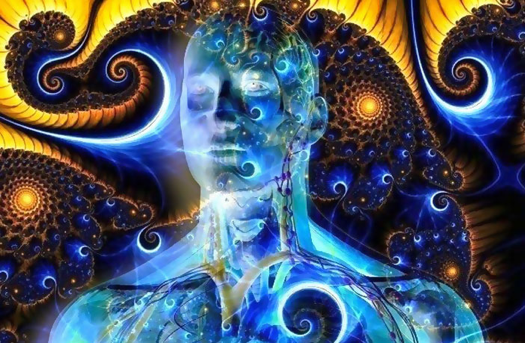 Jesus’ message is universal. Although his is not the first religious idea to transcend national or ethnic boundaries (the Hindus beat him by several hundred years), I do think Jesus is intentional, from the beginning, to design a universal theology that is not to be in power.

Jesus calls out the religious authorities and challenges them. In fact, he tells them they don’t belong in power! He accuses them of misreading and misrepresenting Jewish scripture and keeping “the keys to the kingdom” locked away for themselves, and even at that, they’re not using the keys!

Jesus himself denies being “king of the Jews.” When the Jewish people ultimately offer him the monarchy, Jesus rejects the idea because a human empire is contrary to everything he’s teaching: There is only one kingdom, the kingdom of God, and it is already here, amongst you, within you.

Jesus’ teaching about the kingdom of heaven isn’t about an earthly power-based organization. It’s about God. It’s about us, our planet, and the way we interact when we recognize God is the source of everything. When God is our sovereign, Jesus says, the world is more loving and peaceful. Armies throw down their weapons and instead engineer great works of human achievement. Governments work together for the principles we attribute to God: truth, justice, righteousness, unconditional acceptance and love of all humans, regardless of creeds, colors, gender, or anything else we humans artificially create to draw lines.

The kingdom of heaven doesn’t have any lines, other than those that lead us directly to God.

And that’s true for all of us, no matter how distraught or destitute, no matter how safe and successful. The kingdom is in all of us equally, and too often we’re all equally unaware of it.

Until we’re not, Jesus says. So he does his best to wake us up, to make us aware because until we are each the embodiment of the kingdom within, the planet we inhabit together will remain a hellish landscape of war, famine, poverty, injustice, and disregard of our fellow human beings.

But we do awaken. We gather together to help each other awaken.

We embrace each other’s lives, our journeys and the journeys of our children. We embrace the world as people with very different ideas about the human/divine dance begin to awaken to the embrace of God. One God, many names. One embrace.

There was a Christian pastor and author around the turn of the 20th Century, and I hadn’t heard of him until I read an amazing quote, which led me to several more amazing quotes, which of course led me to research his life.

A.W. Tozer was from a small farm town and was completely self-educated. He eventually received honorary doctorates, wrote numerous articles and books on spirituality, and pastored for 30 years on the south side of Chicago.

The kingdom of heaven is like A.W. Tozer, who discovered God’s embrace personally, then taught about the revealed inner kingdom the rest of his life. He understood Jesus’ message in a way very different from his contemporaries, because for Tozer Jesus was not sacrifice, but self.

Tozer wrote, “Has it ever occurred to you that one hundred pianos all tuned to the same fork are automatically tuned to each other? They are of one accord by being tuned, not to each other, but to another standard to which each one must individually bow. So one hundred worshipers met together, each one looking away to Christ, are in heart nearer to each other than they could possibly be, were they to become 'unity' conscious and turn their eyes away from God to strive for closer fellowship.”

In other words, the kingdom of heaven is like an embrace from God that the world experiences when we embrace each other in the total, uncompromising, unconditional love exemplified and taught by Jesus.

Now, take that divine embrace and expand it to everyone in the room. Imagine we’re all encompassed by a lush, comfy blanket of stars, the body of the universe surrounding us in love.

Expand your mind. Open the lens of your inner sight, slowly pulling your frame of reference out a little farther. See the Earth embraced by God. See the moon, Mars, the solar system flying past as you watch God’s embrace expand beyond anything you’ve ever seen.

Through the vastness of space, marvel as you travel beyond the Milky Way, galaxies and universes flying past until uncountable shimmers of love engulf you.

The kingdom of heaven is the universe embracing itself. It is endless, all-encompassing, unconditional, barrier-breaking, line-erasing love. And this entire kingdom, all the universes it contains and all the love it cannot hold back, it’s all right there, in you.