What Is Necessary? Part 2, The Gospel 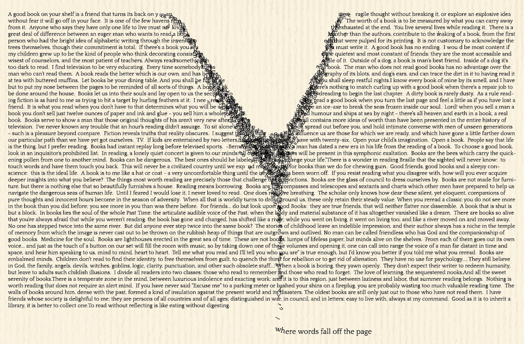 ACTS 10.34-35 (CEB)
Peter said, “I really am learning that God doesn’t show partiality to one group of people over another. Rather, in every nation, whoever worships God and does what is right is acceptable to God.”

ROMANS 1. 16-17
I’m not ashamed of the gospel: it is God’s own power for salvation to all who have faith in God, to the Jew first and also to the Greek. God’s righteousness is being revealed in the gospel, from faithfulness for faith as it is written, The righteous person will live by faith.

Last week we talked about Jesus, and what we as Christians find necessary to believe about him. This week, we’re going to consider the biblical stories written about Jesus, what Christians refer to as “The Gospel of Jesus Christ.”

To have a conversation about what in the gospel is necessary for us—to believe, to live, to emulate—we must consider two things: What is a gospel, and what is the gospel of Jesus Christ? There is no simple answer, by the way. Some Christians have told me, “there is only one Gospel,” but in fact, there are many pieces of many stories, each a distinctly nuanced interpretation of the life and teachings of Jesus, my enlightened rabbi from a backwater piss-hole named Nazareth.

WHAT IS A GOSPEL?
The word “gospel” derives from the Greek Evangelion,meaning “good news.” It’s important to understand that in the early 1stCentury, the good news was delivered from a single source: Rome. Professional orators pronounced Rome’s heavily filtered good news in public squares throughout the Empire. People would gather to hear the good news about the completion of the latest citywide sanitation project and the end of a skirmish on the Empire’s northern border. Romans commonly gathered to hear the gospel of the emperor, whom they often called the son of god.

When people began writing about Jesus, they confiscated terms like “good news,” and “son of God” to contrast Rome’s fragile, temporal kingdom bound together through violence against Jesus’ vision of a peaceful, loving world united by faith in God’s unconditional love.

For his followers, the gospel began to refer both to Jesus’ teaching and the stories being told about him. Both were Jewish stories, written with metaphorical reference to current events the Jewish people of that particular time and place understood. Paul’s letters, Mark’s reportage, The Book of Revelation, are written in a language the Gentile Romans did not understand. This was intentionalbecause, in the early days of the Jesus movement, the effort to spread the gospel was illegal in the Roman Empire.

For three hundred years, people exchanged their thoughts and ideas about Jesus in these coded gospels—there were probably hundreds of them at one time. Then, in 313, Emperor Constantine legalized Christianity. In 380 it became the state religion. By then, the Gospel was 100% devoid of Jewish participation—and more importantly, Jewish interpretation.

Because the Romans read the gospels of Jesus through a very different lens than their Jewish authors, Christianity was paganized. The Romans treated Jesus like one of the gods of the pantheon—perhaps thegod of the pantheon. They read the Jewish texts with Roman preconceptions about life, death, the afterlife, and the direct involvement of gods in the lives of humans.

Rome was an empire, so the Catholic Church it created became the primary purveyor of “the gospel,” the one and only, any disagreement voce vel in scripto(voiced or in writing) must be burned out of the collective memory.

In America today, the Roman Gospel of Jesus is the only story many people have ever heard: that Jesus was God in the flesh, who came to earth to reconcile human sin, which was caused by our disobedience to God in Eden. Jesus had to live a life of suffering and ultimately sacrifice his life for the good of all humankind.

Paul later expands on this idea, so Jesus’ sacrifice encompasses all of humanity. A cynic might say this was because he’d already lost his Jewish audience and was preaching mainly to Gentiles, and Paul was nothing if not pragmatic.

Similarly, in the middle ages St. Augustine claims that hisinterpretation of the gospel reveals original sin. For Augustine, there is no virtue in being born. Humans are sinful and require God’s redemption. This line of thinking—the presumption we are guilty of something as soon as we’re born, continues to turn Jesus’ gospel of our wholeness in God into a gospel of fear and reproach. This is woefully ironic considering that’s the same battle Jesus was fighting. On the other side.

Like everything having to do with faith and religion, there are many ways to interpret the writings we consider holy. Jesus taught in a rabbinical tradition that encouraged creative interpretation of scripture. There was only one rule, and it’s the same rule I use when considering what’s necessary in the gospels of and about Jesus: what does my interpretation say about love? How does it reveal a universe in love with creation? Creation in love with God? What does my interpretation teach me about the love of God in and through each other? And through these questions I not only check myself, but I also kind of understand the people who say “there’s only one gospel” and realize that I think so too, and that it’s the gospel of love.

Question: What is necessary for your Christian belief about the gospels of Jesus: the one he taught and the ones written about him?