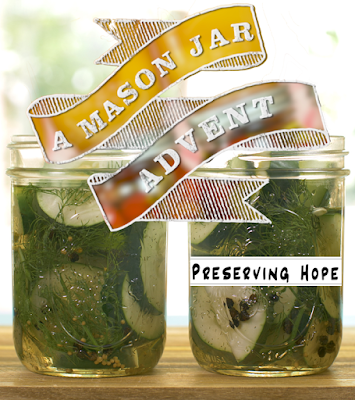 One of my favorite classic films is an old Humphrey Bogart flick called “The Maltese Falcon.” It’s a masterpiece of film noir, all shadows stretched to the horizon and tight shots of faces full of secrets. I’ve seen this film what seems like hundreds of times. The reason I’ve been able to do so is because the film has been preserved for future generations.

In the case of a film like “The Maltese Falcon,” this is somewhat fortuitous. Most of the movies of that era were shot on highly flammable cellulose. To make matters worse, once stored, the film also degraded very quickly.

Fortunately, movements to preserve old films have been mostly successful at saving and restoring classic cinema. Some brilliant works that we know of (from magazine articles and radio interviews of the era) are gone forever, unfortunately. But many early movies have been preserved for filmmakers and filmgoers alike to continue to learn from and enjoy.

What we are doing for film today is what the Essenes, the Gnostics, the Jews, and early Christians did with their books and letters. They saved the works that spoke to their innermost yearnings. They copied them. They added their own commentaries, edited, rewrote, and passed the letters and stories around, creating spiritual concepts and asking existential questions that continue to weave us together (and, unfortunately, tear us apart) today.

Some of these words of encouragement and hope are found in a section of the Bible most people never read: Hebrews, which is somewhat unfortunately named, as the word “Hebrews” conjures a panoply of often negative images and stereotypes.

When this letter was written, however, the intended audience was a group of Jewish followers of Jesus who the author felt were stunted in their Christian spiritual growth. As what would become the Christian church developed, many early, Jewish followers of Jesus returned to non-Messianic Judaism, likely because of a trauma in their community. For the people addressed in Hebrews, that trauma was possibly the destruction of the temple in 70 CE.

The author is someone close to the congregation, yet not currently present, who both wants to encourage and admonish them. He writes that God will see them through their current dark times, and then says, “In fact,if you would remember your teachings, you would already know that.” It’s a bit of a dig, but it’s also encouraging because it was vital for these religious rebels to remember, as it is for us, that the path of light—The Way of Jesus—non-Roman, non-Paganized Christianity, is difficult, unique, and anti-establishment. There will be friction, and we will want to give up and go back to what’s comfortable. But Jesus didn’t do that, and through his Spirit, we today are also encouraged to persevere as we walk, talk, and act differently from the rest of the world. If we are truly following Jesus, our rhetoric is contrary to that of the status quo.

We could not follow Jesus—the political activist, social justice warrior, and revealer of our human/divine unity, if the stories about hope and God’s intimate activity in the world had not been preserved. We, too, must persist and ensure the spiritual stories (biblical and other) we are sharing are authentically preserved. Otherwise, future Christians might end up with Cecille B. DeMille’s, not Jesus’, version of the truth. In fact, this is sort of “Hollywoodization” of the Gospel is exactly what happened to Jesus’ movement. In the 4th Century CE, Romans usurped Christianity and changed it into a religion of human sacrifice, turning Jesus into the new Emperor and continuing to practice their old, cultish ways even while calling themselves Christians.

That was not Jesus’ original intent. The movement was never about him, it was always about the way Jesus pointed to God and revealed God in the flesh, with us, Immanuel.

The Way of Jesus (the original name of his movement), was about unbridled, unfettered, unconditional love. In fact, Jesus’ teaching is about a God that is so in love with the universe that it becomes the universe, by becoming each one of us. God incarnates in everyone, not exclusively in Jesus—that’s a Roman Imperial cult idea incorrectly imprinted upon Jesus.

Jesus’ story and teaching are about humankind achieving Christhood. This sounds strange to many Christians today, because we’ve been taught otherwise. But that’s the continued challenge of authentically following Jesus: Just because many Christians believe “Jesus died for our sins,” doesn’t mean that’s what Jesus thought or taught. In fact, if we just do a tiny bit of research online it’s very easy to discover that those ideas didn’t take root until nearly 400 years after Jesus’ death.

So, for those of us trying to return Christianity to its more Jewish, more authentic nature, we swim upstream, against 2000 years of misinformation and Catholic propaganda. It’s difficult. We often want to quit, because the entire exercise seems pointless. But we must remember to stay true to Jesus, and if we are indeed his followers, we must usurp the current Evangelical status-quo and remind everyone this story we celebrate throughout Advent is not about anything other than pure, unadulterated love breaking into the world.

The fortitude that takes requires us to maintain some serious hope. So, here’s some reassurance from the brilliant philosopher-author of Hebrews, who reaches out to us today from thousands of years in the past:

Hebrews 10.32-11.2 (NIV)
Remember those earlier days after you had received the light, when you endured in a great conflict full of suffering. Sometimes you were publicly exposed to insult and persecution; at other times you stood side by side with those who were so treated. You suffered along with those in prison and joyfully accepted the confiscation of your property, because you knew that you yourselves had better and lasting possessions. So do not throw away your confidence; it will be richly rewarded. You need to persevere so that when you have done the will of God, you will receive what God has promised. For, “In just a little while, he who is coming will come and will not delay.”  And, “But my righteous one will live by faith. And I take no pleasure in the one who shrinks back.”  But we do not belong to those who shrink back and are destroyed, but to those who have faith and are saved. Now faith is confidence in what we hope for and assurance about what we do not see. This is what the ancients were commended for.

Hope is not desire but expectation. Hope is not wishing for something good to happen but knowingsomething good is already happening—and that it is going to get even better! We hope for a better tomorrow because we understand that already, God is inspiring us to create the best possible today. That hope is found in the preservation of our sacred stories about Jesus, from birth to death.
Advent marks the beginning of the Jesus cycle, the start of the Christian year. Ours is a story that begins not with a big bang or trumpets blaring but with a tiny whimper in a lonely manger, as God is born, shining a light of hope so brightly that people from the farthest reaches of the earth immediately begin to follow. May our lights shine as brightly.

I’ll leave us with Paul’s blessing from his letter to the church in Rome, a prayer of hope based on the absolute conviction that God is with us, right here, right now:

Romans 15.13 (NIV)
May the God of hope fill you with all joy and peace as you trust in him, so that you may overflow with hope by the power of the Holy Spirit.