Prisoners to Our Nature 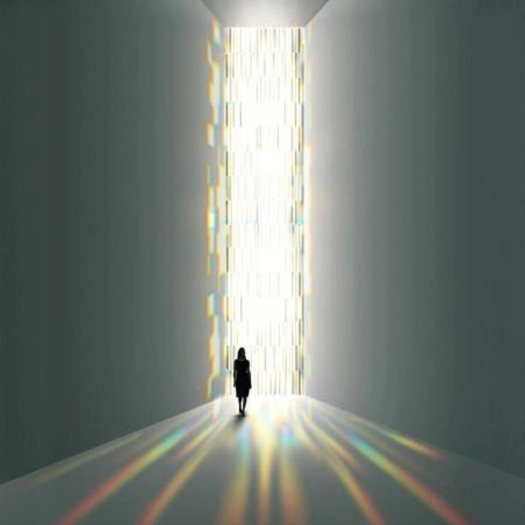 There’s a terrific show on AMC called “Into The Badlands.” It takes place in a post-apocalyptic world, and although the exact date is unknown, it’s obvious from the skeletons of interstate highway overpasses and the presence of cars that the show is based sometime after our current era—or perhaps in a parallel reality. The idea of before and after seems archaic to me lately.

At any rate, guns are outlawed and territories divided into a series of fiefdoms run by Barons who control different natural resources. There’s a Baron who controls oil and gas, a Baron for river passage and transport, one who controls most of the grain supply.

It’s an interesting scenario that allows the writers to explore some surprisingly existential questions. The philosophical and at times overtly religious nature of the show has surprised me because I initially tuned in for the terrific, sweeping, panoramic cinematography and jaw-dropping martial arts sequences (some of which are exhausting to watch at nearly 10 minutes long).

There are several powerful lead characters in the show, but by far the most captivating and intriguing is Quinn, the Baron who controls the Poppy supply—and so the opiate trade. He’s ruthless and bloodthirsty, yet he speaks with a slow, calculated, genteel southern drawl that coats his evil intentions with fake empathy and understanding. He is the show’s embodiment of evil; the devil, ha-Satan.

And he is suffering from a brain tumor—a sly commentary on human nature. The tumor is a clever plot device that always reminds us Quinn has something lethal growing inside him—and that Quinn himself is lethal.

An interwoven storyline is about a female doctor who is attending to Quinn’s tumor. She’s doing so because the Baron, in a fit of madness that might or might not have been caused by the brain tumor, slaughtered the only other doctors in town--her parents.

She is a marvelous character with the best name ever: Veil.

It took me awhile to see the underlying and deeply theological themes of the show, but once I started  watching it philosophically, I realized it paralleled biblical themes of seeing the world anew, sacrifice, and our struggle to be decent humans so closely, it must have been intentional.  I mean, a character named Veil, really?

The interplay between Veil and the other characters, especially Quinn the Baron, is a brilliant plot device. When Veil is in a scene, she always reveals a deeper truth to another character. It’s not preachy. In fact, it’s extremely subtle. There’s so much action in this show and at times incredible amounts of blood, that it would be easy to write it off as just another entertaining, post-apocalyptic action series.

But that would be as big a mistake as trusting Baron Quinn.

When the Baron’s tumor causes a massive seizure, Veil convinces him to try a procedure that will poison him, but possibly cure him as well--something akin to chemotherapy, but with the primitive tools she has available (Victorian-era centrifuges, for example).

While Veil is performing the procedure—and possibly saving the life of the monster who she knows killed her family, she asks Quinn why he killed her parents.

He thinks for a moment, does this little thing where he twists the corner of his mouth and sucks some air through it with a disgusting “Tsst,” and replies with his slow, silky, mesmerizing southern drawl, “It’s just in my nature, I guess.”

As the doctor is preparing to start the chemical flow into the Baron’s bloodstream, he suddenly grabs her arm and says to her, “You could kill me right now, you know. Just turn that valve all the way. Nobody would ever know. I wouldn’t blame you. I probably deserve it.”

And Veil thinks about it. You can see her internal struggle, the clash between doctor’s moral oath to save life and daughter’s broken hearted anger boiling into lustful revenge.

But Veil can’t do it. She can’t avenge the death of her parents by murdering their murderer. After witnessing her inner turmoil, Quinn looks at her and says, “I guess we’re all just prisoners to our nature.”

What a mind-bending thought. Notice that there’s no good or bad implied here. Both Quinn, who we see as bad, and Veil, who we see as good, are prisoners to their nature. In this show, our nature is neither good nor evil. It’s just nature. Some of us will tend toward deeds other people (and perhaps ourselves) view as evil; others will tend toward perceived good. Good or evil, though, it’s often a matter of perception—both of self and from others.

Either way, the implication is that we are born this way, and there’s no changing.

As soon as Quinn said that I thought about Paul and St. Augustine, and all the other early church theologians and many Christians today who would agree with the Baron—he’s the Baron of Opiates, by the way. Did I mention that? Yeah. As I said, brilliant.

We humans are prisoners to our nature, and for Paul and those who follow him, that nature is evil. Paul believed our nature is inescapable, and so Jesus became the salvation for all human beings, who because of Adam and Eve’s transgression, are forevermore cursed to walk the Earth, live a life, and die—because death is bad, according to Paul. And it's our nature, unchangeable. God may have forgiven us for our nature, but God doesn't change what we are.

For Paul and those who followed, human nature is so bad we can't even behave in paradise.

Paul would say our moral struggles—the internal, eternal wrestling over right and wrong we see in both Veil and Quinn, show we are flawed. I say moral wrangling shows we are human. And there’s absolutely nothing wrong with being human. Especially if we’re doing the hard work of moral wrangling.

I think Paul and Augustine and all the others who think we are a fallen species miss not only the point of Jesus’ teachings, but also the meaning of the stories about him, completely.

The Jesus stories are intended to show us that we are not fallen. Rather, we are ascending.

Our nature, our inescapable essence, doesn't imprison is. It sets us free.

I don’t think Jesus ever intended to be a scapegoat for all humanity. I believe he was perfectly in tune with the nature of the universe—pure, unadulterated, divine love, and that he wanted to teach us about our true nature.

We are all divine at heart. Imperfect, flawed, too often cruel, without question. But that is not our nature. We are a work in progress. That’s why Jesus’ story doesn’t end with his sacrifice on the cross. It ends with his ascension. I think the ending of a story is pretty important—too important to virtually ignore. It’s the part that proclaims our nature sets us free.

Our nature sets us free.

Why is it that for thousands of years, Christianity has stopped three-quarters of the way through the Jesus story? It’s like reading A Christmas Carol and stopping just after Scrooge fires Bob Cratchit. “Ah well! There's no hope for Scrooge!” we might mistakenly believe.

Jesus’ story doesn’t end on the cross. It ends with the ascension as he “is taken into the clouds.”

Our true nature, after all, sets us free. Even from the bonds of the flesh.

In my mind, that’s a very, very good thing.