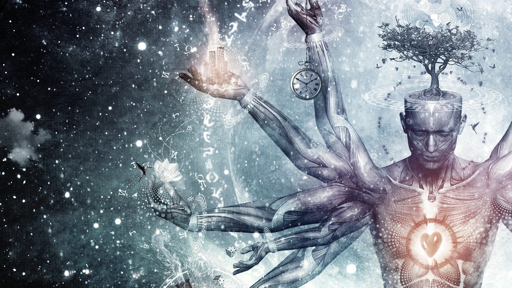 Welcome to Esoteric Advent! This season, we’re exploring the mystical side of Jesus, both his teachings and his birth story. To do so, we’re using many of the texts found at Nag Hammadi, Egypt, in the 1940s. These nearly-lost Coptic papyri are from a number of different Gnostic schools, all of them focused on esoteric teachings. A great number of them are specifically Christian in nature. The Nag Hammadi codices remind us that early Christianity was imaginative, inventive, and multi-faceted. Most importantly, they are exceptionally spiritual in nature.

Jesus' remark in in Luke 8:9-10 describes the Gnostic's point of view perfectly:

Luke 8:9-10 (CEV): Jesus’ disciples asked him what the story meant. So he answered:
I have explained the secrets about God’s kingdom to you, but for others I can only use stories. These people look, but they don’t see, and they hear, but they don’t understand.

This is the very definition of esoteric knowledge: only a few will understand.

Jesus says the same thing in Matthew 13 and Mark 4. When an idea appears in more than one Gospel, we can infer that it was important for the early church. In fact, the idea that Jesus was conveying a sort of “secret” knowledge spurred the development of several Christian esoteric schools.

These schools created some of the earliest Christian writings we possess. The Gnostic scriptures reveal new dimensions of both Jesus the Christ and early Christianity. The Gnostics were much more concerned with the Spirit and our spiritual path to personal enlightenment than with establishing an authoritative church that dictated how, when, where, and what people could believe.

Whereas the new “orthodoxy” was teaching that only they held the keys to Jesus’ kingdom (and could prove it by tracing their authority back to Peter, whom they considered their founder), the Gnostic schools taught that any individual could learn Jesus’ teachings and develop a personal, intimate relationship with God—just like Jesus. No authority was necessary. Rather, the entire community helped one another achieve what they considered an enlightened state of being, and they did it without creating deacons, priests, bishops and the like.

The orthodoxy branded this as a heresy. How dare these people think they could understand Jesus and ascend to the level of Oneness with God! The arrogance! The nerve! Only THE ONE TRUE CHURCH can claim apostolic authority!

The early Bishop Irenaeus wrote: “One must obey the priests who are in the church—that is … those who possess the succession from the apostles. For they receive simultaneously with the episcopal succession the sure gift of truth.”

I have learned that anyone claiming they have the "only" truth, or that only they hold the keys to enlightenment is either deranged, dangerously manipulative, or both. The authors of the ancient Gnostic texts felt pretty much the same.

This major difference of opinion set the stage for philosophical and political debates about church and religious authority that have reshaped the world. Martin Luther, compelled by his own religious awakening, challenged the same “orthodoxy” that had eliminated nearly all Gnostic teaching 1300 years earlier.

George Fox, founder of the Quaker movement, adopted many of the practices of the gnostics, especially the idea that an “inner light” moves us to speak and serve. As the gnostics denounced the authority of the early Catholic Church, Fox denounced the authority of the Puritans, who were making the same arguments as Irenaeus: We’re the only ones who know the truth. If you disagree, you’re a heretic.

I think it’s time for this quarrel to end. There is wisdom in both orthodox and Gnostic teachings. The important difference I find is that the esoteric schools typically focus on human spirituality—our relationship with each other and the universe. The esoteric is revealed when we think about the mystical side of Jesus, about the things he says and does that he himself admits are difficult to understand, even hidden from plain view.

This Advent, we’re going to look at the stories we all know and love, and see if perhaps the Gnostics present us with some new knowledge, some new wisdom.

We all know the orthodox story of Jesus’ birth: the star, the Magi, the manger. Little Lord Jesus, King of the Jews, Son of God. We have told the story about Jesus for two millennia, but we too often to neglect its meaning. In particular, we overlook the spiritual wisdom, the gnosis the stories convey.

The birth of Jesus reveals we don’t need to go through any special ceremonies or ascend some sort of spiritual ladder to achieve Christ Consciousness. The light is within us all the time, ready to blaze into our lives just like the Christ child two millennia ago.

The esoteric teaching of the Christmas story is about the awakening of every human being and the completely different global society that awakening creates. It is a story of unabashed hope, because it means every life is of supreme importance.

The idea of God manifesting physically in all of us--no exceptions--is poetically conveyed in an early work by a sect of Sethian Gnostics:

I am First Thought, the
thought that is in light.
I am movement that is in the All,
she in whom the All takes its stand,
the firstborn among those
who came to be,
she who exists before the All.

She is called by three names,
though she dwells alone,
since she is complete.

I am the life of my Epinoia2
that is within every power
and every eternal movement,
and in invisible lights,
and within the rulers and angels and demons and every soul in Tartarus3,
and in every material soul.

I dwell in those who came to be.
I move in everyone and probe them all.
I walk upright, and those who sleep I awaken.
And I am the sight of those who are asleep.

I am the invisible one within the All.
I counsel those who are hidden,
since I know everything that exists in the All.
I am numberless beyond everyone.
I am immeasurable, ineffable,
yet whenever I wish, I shall reveal myself through myself.
I am the movement of the All.
I am before all, and I am all, since I am in everyone.

The Sethians are most likely the authors of this contemplation. They were a Gnostic movement that identified with the third son of Adam and Eve. We tend to group all Gnostic studies together, but there were a number of both “orthodox” and Gnostic schools. Before Irenaeus and his cronies decided to tell everyone what to believe—and enforce their belief system with the might of the Roman army—Christianity was creative, imaginative, and extremely mystical.

I’ve always found Christmas to be one of the most mystical times of the year. Lately, however, the season has become over-commercialized and so noisy I can't hear myself think. Studying the ancient spiritual texts discovered at Nag Hammadi has rekindled “the magic of Christmas” for me.

So let's rediscover all those Christmas movies, songs and stories that make us gasp with wonder at the ineffable intimate of the universe. Amen.