- May 11, 2016
Have you ever been in a meditation so deep that you lost a sense of time? You sort of “pop” back into reality and realize you’ve had a profound experience, an “a-ha!” moment that has connected you more deeply with a conscious awareness of the presence of God?

I clearly remember an evening in college sitting on my couch, reading Joel Goldsmith’s Realization of Oneness. It was the first book I ever read that talked about Christ Consciousness. Rather than presenting Jesus as a human sacrifice, Joel—way ahead of his time, saw Jesus as a teacher attempting to awaken a more connected sense of wholeness and unity with God within all of us.

At some point, I became aware that I was no longer reading, but experiencing what Joel was writing about: I was having a very deep and profound Christ moment; a realization of oneness, of the spirit of the Christ welling up deep inside me. The next thing I knew, I “popped!” back into reality (whatever that is), and an hour had passed; an hour that felt to me like just a couple of minutes. To say that experience was a transformative “a-ha!” moment is an understatement.

This is what we see and are meant to understand in the post-resurrection stories about Jesus and the appearance of the Holy Spirit at Pentecost. Through prayer, meditation, service to others, reading, study, and the other practices that make us feel more connected to God, we can have many moments throughout our lives that awaken us, that help us transcend the ways of this world in order to ascend into a higher state of conscious union with God. 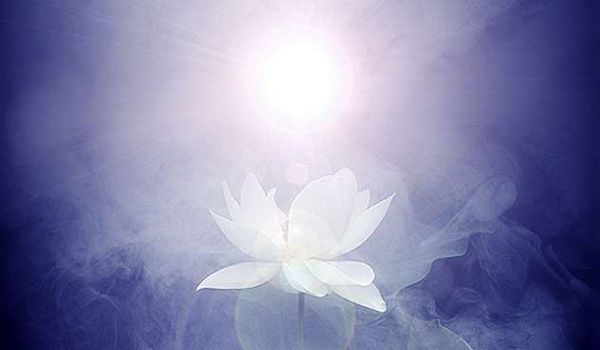 After the resurrection, Jesus sort of, "pops" in and out of reality. He hangs out with his disciples over 40 days. He eats some fish, let’s Thomas poke fingers in his wounds, has communion, and gives them his final teachings on realization of oneness with God—on ascension to spiritual unity with God, Christ—the entire living universe.

Jesus’ post-resurrection visitations are allegories meant to show that the disciples were awakening. They were having a-ha! moments as they finally began to understand what Jesus meant when he said things like “I and the Father are one,” or “you will be baptized with the Holy Spirit.”

It is only after Jesus appears to the disciples as spirit that they begin to understand what he was trying to teach them while he was alive. As Joel Goldsmith wrote, “All that is of God is of you and of me because the I of you and of me and the I of God are one and the same I.”

Now I know Christianity, and especially Catholicism, makes much of the fact that the resurrection must have been physical—that’s the whole point of the doubting Thomas story, they say. But reading these stories literally is a Gentile heresy, as Bishop John Spong writes in his new book. The original Jewish audiences would have NEVER read these stories literally, so neither should we.

The post-resurrection stories are not about Jesus returning as a physical being. They are Jewish myth about our human state of being as more than physical. To read the resurrection stories as Jesus’ physical visitations completely negates the power those stories are meant to convey, which is that we are all more than physical. This physicality is but one, small aspect of the totality of our being.

The stories that finally end in the ascension of Jesus into the heavens are stories about OUR ascension as we become more consciously aware of our connection to God’s presence within. The correct translation of Luke 17.21 is the kingdom of God is within.

The disciples who have experiences with Jesus after the resurrection are finally starting to wake up. “A-ha!” they proclaim. “Now I get it!” After they witness Jesus ascend into the heavens, they too begin to achieve higher and higher levels of consciousness.

Every single one of the post-resurrection stories are about the awakening of the people Jesus visits: the two Mary’s who come to the tomb (Jesus meets them as they are running to tell the other disciples that Christ has risen in Matthew 28:9); the disciples on the mountain in Galilee (Matthew 28:16); on the road to Emmaus (Luke 24:13); to the disciples after Emmaus (Luke 24:36).

In the Gospel of John, Jesus appears to Mary of Magdala, who doesn’t recognize him until her name is spoken, which is a powerful metaphor about spiritual awakening that is present in every tradition on the planet, from Judaism through Buddhism and Hinduism. Having a god-figure speak your name is symbolic of an awakening to a higher level of God-consciousness.

Jesus appears to the disciples (except Thomas) later that same day, a week later to the disciples including Thomas, and to Simon Peter, Nathanael from Cana in Galilee, Zebedee's sons by Lake Tiberias, and the “disciple whom Jesus loved.” The Book of Acts and Paul’s first letter to the Corinthians record other appearances in which the presence of the resurrected Jesus awaken people to a new reality of being.

ALL of these appearances have a transformative effect on the people who witness them. Notice, too, that the subjects of these stories awaken to the presence of the Christ when he is breaking bread with them or calling their names. These are stories of intense spiritual experiences, and they are meant to show us that every single one of us is called to ascend to the presence of God, just like Jesus. Like them, it is simply a matter of changing our awareness, of awakening or being awakened to the presence of the Christ within. Most importantly, these stories are meant to show us that we can ascend right here, right now, dying metaphorically to the things that prevent us from experiencing God.

These are not stories about the afterlife. None of the people Jesus appears to are dead. Jesus himself isn’t even dead, although he’s transcended his physical nature! These are stories about spiritual transformation in the present, not after death.

Transcendence is about enlightenment. It is not, nor was it ever meant to be, exclusive to Jesus. The ascension of Jesus is a literary metaphor for the journey we are all on and our ultimate return to the consciousness from whence we came: God.

Remember too that Jesus is not the only character in the Bible who ascends. The idea that we live beyond the life span of these physical bodies is a common thread throughout the Bible (and other spiritual texts). Both Enoch and Elijah ascend at the end of their lives. Moses, Ezra, Baruch, Phinehas, and Melchizedek are also believed to have ascended. So it shouldn’t come as a surprise that the Jesus of the Gospels (who by the time the Gospels are written is more a literary than a historical figure) is drawn upon the ancient heritage of the Jewish people and used as a symbol of divine ascendance.

The ascension of Jesus is more than a story about something that happened to Jesus. It is an extremely powerful revelation about our true selves, our enlightened nature.

Like the plumbing in our homes, the water only flows when we turn the faucet on. Through prayer, meditation, communion, working together, reading, writing, drawing, painting, singing—whatever it is that turns on our spiritual faucet, we must turn on the faucet and allow the Spirit of God to pour into us and fill our souls with the living water of a living God who nudges all humankind to wake up and ascend.

Meditation: I am ready. Fill me up and lift me up.