- May 04, 2016
I find science—and in particular quantum mechanics—a powerful way to ponder the nature and being of God. Using science as a rational baseline for our religious/spiritual philosophies helps us develop faiths that are well-reasoned, even while by definition, faith requires us to take some imaginative leaps. It is faith after all.

By studying what is known of the natural world and applying it to what we believe about God, the universe, and everything, we follow the traditions of all the inspired people and authors of the world’s ancient holy books. These brilliant and philosophical people formed an image of God and created religious/spiritual systems based on what they saw and understood of their natural world. Today we find their idea that many gods (or even one Mega-God) were in control of things like your luck, thunder, and lightning quaint. But as their religious ideas developed, a crucial concept began to take root, one which finds support in the modern science of quantum mechanics: Everything is connected.

The theory of quantum entanglement states that whenever systems interact—whether those systems are sub-molecular like quarks, or macro like people, “the interaction creates correlations between them.” [1] Human beings inherently understand this concept, although we keep trying to pretend we don’t need each other. In fact, we are so entangled—so connected, that the stories of people sensing each other’s presence or sharing experiences even while separated by thousands of miles fill volumes. This isn’t some sort of psychic phenomenon. Quantum entanglement is the way of the universe. It’s why our hearts rejoice when we see people doing beautiful things for one another. It’s why our hearts break when we see—too often, people abusing each other. It’s why the tiniest of particles seem to “know” what’s happening so that their measured states always match even when they’re separated by enormous distances. Check out this article at Huffington Post for some stuff that will blow your mind. 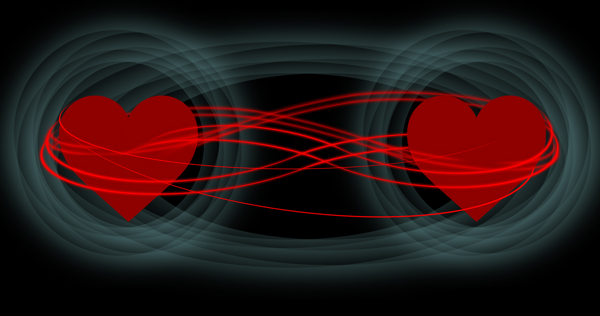 I think there are many spiritual parallels to the idea that we are entangled with each other and God. For example, when Jesus says, “I and the father are one,” (John 10:30) he’s making a statement about quantum entanglement. Jesus, an enlightened being, inherently knew that all things are connected, and that God is the connector. There is no such thing as independence. In fact, and Jesus states this over and over again as well, as did his rabbinical contemporaries—we are completely and utterly dependent upon not only God but also each other. This isn’t a helpless dependence. It is, rather, an interdependence that opens our minds to a much broader perspective on “reality.” It is an awakening that makes us compassionate and selfless because we see and feel some aspect of ourselves in every other person. Once we understand we are all entangled, then we also begin to realize that God is not out there or up there, but is right here, within us, in our DNA, the very molecules that form us. God is the tiny dots in a painting by Georges Seurat. From a distance everything looks well-formed and “normal.” Upon closer inspection, everything is just quantum dots. 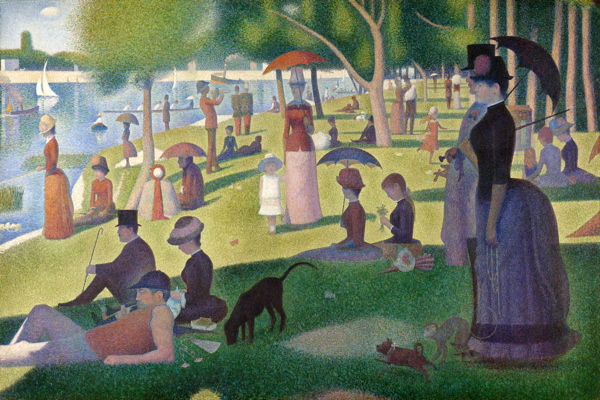 Jesus knew this. He understood that that the very being of God was intrinsic not only to his nature but to all nature; human and plant, insect, fish, bird, etc. All things are connected by and through God. And as we are all made up of bunches of quantum dots, so too are we the quantum dots that create the physicality of God. We are powerfully entangled creatures.

We are entangled by, through, and with supreme consciousness—not a conscious actor, that’s the puppet master of our ancestors. Rather, the underlying consciousness of all physical reality—God, simply creates and experiences without judgment. I know some of you might find that hard to believe. After all, most of us were raised with the understanding that after we die, we will be judged, and judged harshly. I understand coming to that conclusion 5000 years ago. But our modern understanding of the natural world indicates that judgment is more the domain of human beings than God.

Some of the earliest texts in existence are about interdependence and what we now call quantum entanglement. They are stories about people relying on each other.

Around 2600 BCE, the ancient Sumerians were writing what we commonly refer to as wisdom literature. This style of writing teaches piety, virtue, and—importantly, community standards intended to teach members of a society the importance of supporting each other for the common good. Even in our most ancient history we understood the idea of entanglement subconsciously. Entanglement happens at a quantum level, and we are products of quantum mechanics. We walk around because trillions and trillions of atoms assembled into us, cooperating with each other so we can walk, talk, eat, and think. It is our molecular interdependence and entanglement that allow us to be human. On a molecular level, we are intimately connected to each other and to everything that exists in the universe. We are truly one.

Now, if only we could find the faith to believe that and act accordingly.

Meditation: I appreciate this precious, beautiful, sometimes frustrating, often breathtaking, entangled life. I promise to recognize God the Eternal Entangler in everyone I see and treat others with compassion, respect, and agape love.