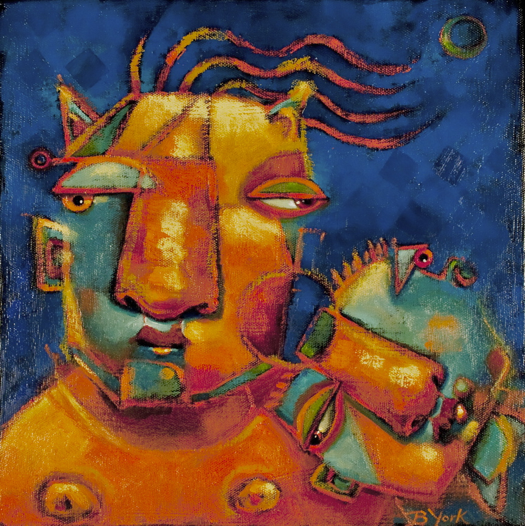 Ephesians 2:19-24
So now you are no longer strangers and aliens. Rather, you are fellow citizens with God’s people, and you belong to God’s household. As God’s household, you are built on the foundation of the apostles and prophets with Christ Jesus himself as the cornerstone. The whole building is joined together in him, and it grows up into a temple that is dedicated to the Lord. Christ is building you into a place where God lives through the Spirit.

Once attributed to Paul, most scholars now agree that the epistle to the faithful early Christian community in Ephesus is pseudonymous. The crux of the letter is to encourage its readers to “imitate God.”

The letter was written some time after Paul’s original letters had been circulating and acted, at least in part, as a summary of Paul’s ideas, which are then built upon, adapted, and improved for new people in a new era.

Partially because their gatherings were often illegal, the early Jesus movement was concerned about community building. In fact, I would go so far as to say that the early movement after Jesus’ death was all about solving what we can today consider the problem of “spiritual mismatch.” It’s the dilemma of beingbut not knowing, of actingwithout thinking,of behaving like animals rather than divinely inspired, whole, beloved, perfectly imperfect, interconnected humans being and becoming.

Spiritual mismatch is what happens when we awaken to a better way to be human together in a civilization filled with fear, hatred, and constant war.

Paul’s message is simple: we are to match Jesus act for act (that’s why God is living through us spiritually), thought for thought, and in so doing transcend our warring, tribal tendencies. For Paul, becoming a member of this new Jesus community meant exchanging old life as a cog in the bloody machinery of Empire for membership in a divinely graced, interconnected humanity of love.

Jesus represents the onemind of allbeing that interconnects material form. I describe God as the energy that creates and sustains all life, across multiple dimensions, parallel and perpendicular realities, from birth to death and beyond. We are God in the flesh, just like Jesus, because God is the being of all being. We’re materially inseparable. That’s part of Jesus’ revelation.

Most Christ-followers agree that Jesus somehow also represents a perfect union with God. The human Jesus is also the divine God. Unlike Jesus, most of us don’t live perfectly God-connected lives. In fact, many days I suspect lots of us feel completely disconnected from any sense of divine embrace.

I have long thought that this sense of spiritual disconnect was just that—a spiritual dilemma related to religious practices. However, I’ve recently been studying an aspect of evolution that has made me consider there may be a physical reason for our spiritual dis-ease.

Are our genes holding us back from being more like Christ? “Evolutionary Mismatch Theory” has implications for both our material lives and our spiritual practices.

Evolutionary mismatch theorists suggest that the slow process of evolution has not prepared our bodies for the abundance and homogeny of food we now eat regularly. We’re technologically advanced, but that technology has caused an enormous disjoint between, among other things, the food we consume (which is the food our body expects), and a diet that is more appropriate for our sedentary lifestyles.

“Evolutionary Mismatch” is the theory that our bodies—our genetic material, in fact—have not adjusted to this artificial reality of synthetic sweeteners and on-demand carbs we’ve created.

Mismatch theory is informing new medical concepts, especially the idea that many of our modern ailments—osteoporosis, obesity, diabetes, cancer—are the result of our culturalrevolutionoutpacing our human body’sevolution.

Daniel Liberman, one of the leading researchers of mismatch theory, wrote, “An evolutionary perspective predicts that most diets and fitness programs will fail, as they do because we still don’t know how to counter once-adaptive primal instincts to eat donuts and take the elevator.”

Millions of years of evolution have tuned our bodies for lots of physical activity and a high carb diet.

In the past, we had to spend the day hunting for meat and gathering nuts, berries, and veggies. We spent a lot of energy looking for our food, and what we found or hunted recharged our batteries. We were like paleolithic cellphones. We’d get all used up during the day, then recharge at night.

In today’s globally connected, anything-you-want anytime-you-want-it society, most of us don’t have to spend anyenergy getting our food. The majority of us are certainly not hunting and gathering every day. A couple clicks on the computer screen and dinner arrives an hour later. A quick trip to the grocer allows us to choose from a dizzying array of fruits, nuts, vegetables, and meats that are now available year-long instead of seasonally. Pop a ready-meal into the Microwave and dinner is cooked in no time with little or no calories burned, and a guaranteed intake of ingredients our bodies no longer need.

All our contemporary habits exacerbate evolutionary mismatch. We’ve created a world with readily available food, but it’s not the kind of food that matches our now very sedentary lifestyle. Carbs and sugar are, however, the stuff our bodies still expect, the foods our cells still crave. So, we eat what once was fuel but is now deadly. We’re behind the evolutionary cellular wall. Our advances in technology have outpaced natural selection and adaptation, and that disconnect is killing us.

Lieberman goes on to say that, “many of the body's features were adapted in environments from which we evolved, but have become maladapted in the modern environments we have now created.” (Daniel E. Lieberman, The Story of the Human Body: Evolution, Health, and Disease).

In short, our bodies are still Paleolithic and driving us to eat a high carb, high sugar diet, even though we now mostly sit on our butts looking at screens all day.

This news fascinates me. And because I am prone to thinking about God in the mix of everything, I started wondering about how evolutionary mismatch might apply to our spiritual lives.

Today, in this postmodern world of questions and fuzzy logic, our spiritual hunger for the unified, love-filled, peaceful kin-dom of God remains unfulfilled. What if, as seems true of our bodies, we’re also spiritually out of sync? I believe we are evolving to be more like Jesus, and that spiritual evolution is a natural process. We're jut out of step with that process.

Fortunately, Jesus left behind a school of study that was itself rooted in ancient Jewish traditions. We can still learn from him and adapt his ideas into new practices, new rituals, new songs and new conversations. Jesus shows us how to think differently and perhaps overcome our spiritual mismatch.

But I admit, I have to wonder: What if our ability to intellectually think spiritually is outpacing our genetic capacity for living a more ascended, Christ-like life? In short, what if the problem is in our genes?

For me, the solution is to remember that God is the substance of our being. When I think of blood flowing through my veins, I imagine the individual blood cells, then the molecules in those cells, and the atoms in the molecules, until I deconstruct the entire thing and I am left with nothing but God.

Just as we are beginning to understand that our genes push into unhealthy eating habits, perhaps they also push us into unhealthy spiritual habits—which in turn cause us to create a world of discord and dissonance, rather than love and peace.

We’ll discuss spiritual evolution and dissonance in the next two installments.