- November 04, 2015
What is it about this world that so readily tethers us to the idea that we are incapable of changing it? Why do we accept the status quo, even though the status quo is designed to beat us into submission? Why do we continue to read about school shootings, corporations cheating and lying to us (I’m talking to you, VW, and Wal-Mart, and probably the rest of you, too), and a political field filled with do-nothing candidates who combined have the intelligence of a rutabaga (and that’s probably generous)? Why do we do the zombie-shuffle to our jobs, where whatever life is left in us is sucked out by a fluorescent corporate machine ready to throw the empty husks of our humanity on the burning altar of unfettered Capitalism? 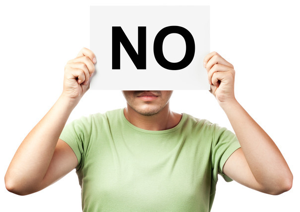 Is anybody awake out there? Or have our mass mediums of propaganda and destitution finally defeated our souls? I suppose it’s easier to sleepwalk through life than it is to mount the difficult (but not impossible) struggle of resistance this world so desperately needs right now. The real challenge, as I see it, is convincing people that our task is not to take up arms—it’s not to give people more guns or to create more violence. No, our task, as simply decent human beings, is to convince people to stop. Just. Stop. Stop using weapons. Stop participating in the corporate meat grinder. Stop joining militias. Stop. Stop participating in the entire system. Bring it screeching to a halt. Bring the corporations and governments to their knees by simply refusing to participate.

“NO!” is the most powerful word in every language. But does anybody say “no” when Apple opens another manufacturing plant in China, or moves their corporate headquarters to another country to avoid paying U.S. taxes? Does anybody say “no” when H&M manufactures their $10 dresses in the living room of an Indonesian family they are paying ten cents a day? Does anybody say “no” to politicians who want to grant tax breaks to billionaires and destroy the middle class? Who says “no” to boards and councils and steering groups who insist our teachers use tests that have no bearing on the type of students they are teaching; who insist students of all levels and capabilities (or lack thereof) be massed together in a single classroom, where none of them can receive the attention they deserve? Who says “no” when our institutions insist on treating our children like cattle, instead of training them to be critical thinkers and humans who feel a sense of self-worth?

I don’t see anybody saying “no” to anything. Maybe we’re all just worn out from decades of abuse at the hands of a power structure that’s intentionally taken away our civil liberties. Perhaps the education system has been intentionally redesigned, so our children feel worthless and are uneducated because an uneducated population is a docile population. An overreaction on my part? Think about it. Just. Think. Perhaps it’s time to start saying “no” to all of this. No to an unbalanced and unfair socio-economic system. No to war. No to poor education and unfunded social systems, while our military machine receives trillions and trillions of dollars to waste on equipment that doesn’t work anyway.

I often play a game called "Civilization" in which the citizens will simply say "you cannot do that" when I try to do something stupid--like invading a country simply because I want to pass through their territorial waters. It's a pity the citizens in my game do a better job of getting together and telling their government "no" than we do here in the real world.

Maybe we need some guidance. Maybe we don't say "no" because we feel powerless. So let me remind everyone that we the people have the power, and not using it by banding together in a resistance movement is nothing short of a travesty and a shirking of our responsibility to each other as human beings.

The easiest way I have found to say “no” to the corruption of the world is to say “yes” to something higher. We might call this power God, or The Universe, or Universal Mind, or Christ Consciousness or Enlightenment, or even Secular Humanism. In the long run, it doesn’t matter what we call it, because a “yes” to any of those ideals unites us as people with the strength, courage, and love necessary to say “no” to the evils in this world attempting to destroy us all.

Meditation: Enlighten me with a love powerful enough to change the world.