- September 22, 2015
If the creative muses are willing, over the next couple of days I want to compare the stories of Buddha and Jesus. While both stories can be read as historical accounts, they are only revelatory if we read them as allegory. This is not to discount the historicity of either Buddha or Jesus. Their lives on the historical stage continue to be influential. Yet, focusing on them as people from the past has also sidetracked the greater meaning in their stories and made them both objects of worship, rather than gateways to enlightenment. By focusing on Jesus and Buddha as historical characters—and often becoming obsessed with proving they were historical figures, we, especially in the West, have lost much of the important meaning in the allegory of their tales. 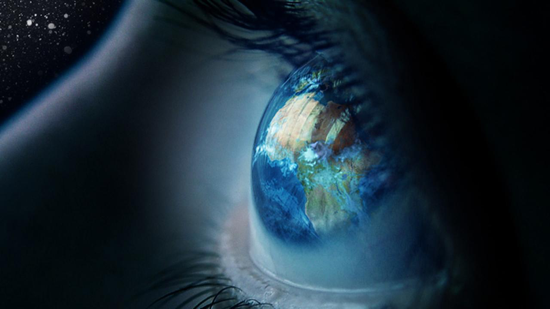 Let’s begin with Buddha (born 500 years before Jesus, it is impossible to look at the teachings of Jesus and not see Buddha’s influence). At the time of his birth, a prophet revealed that Prince Siddhartha would grow up to be either a brilliant monarch or an enlightened being. Either/or is our first clue as to the meaning of the story. Because his father wanted him to grow up as a monarch, he kept Siddhartha trapped within the palace walls, surrounded by lavish luxury. For many years (about 29 according to tradition—notice how close that number is to Jesus’ 30), all Siddhartha knew of reality was within the palace walls. His life was purely material.

One day, while out for a ride to meet his subjects, he noticed a sickly old man. The story is that Siddhartha had never seen anything like that before, because he was sheltered from people who were diseased or dying. Curious, Siddhartha asked his charioteer to press on. Taking journeys farther and farther away from the palace, Siddhartha encountered a people dying of starvation, living impoverished lives full of suffering. After encountering a decaying corpse in the middle of the street, Siddhartha was thrown into a state of despair. He left the palace and pursued the life of a mendicant (someone who relies on the charity of others to survive; often considered beggars in the ancient world, but more similar to monks).

Over a period of several years, Siddhartha worked his way through the many diverse ascetic schools in India at the time. He practiced yoga and ever higher forms of meditation. Eventually, he decided to take the austere practices of

the ascetic schools to the extreme and tried to find enlightenment by depriving himself of all worldly goods, including food. It is said he survived on a single nut a day. This, of course, is not enough to sustain a body, and he eventually collapsed and drowned in a river. He was rescued (some would say resurrected) by a young village girl who nursed him back to health.

Not long after this, Siddhartha has a spiritual awakening and attains enlightenment, becoming the Buddha (which simply means “enlightened one” in much the same way Christ simply means “anointed”). This is a very similar allegory to Jesus' transfiguration after his resurrection. They are similar because they are attempting to convey similar meaning: One must die to the material entrapments of this world to fully live into a higher state of consciousness. Neither story is exclusively about physical death and resurrection. On a deeper level, they are stories about the sort of profound spiritual transformation every single one of us can achieve.
Looking beyond the historical constructs and literal aspects of this story, it’s fairly easy to see this is a parable! The story of Siddhartha, like the story of Jesus, is about our spiritual awakening to Universal Consciousness—God within. Siddhartha breaks free from the prison of the material world (the palace in which he was raised) and discovers a deeper, more connected universe. He begins to understand that duality--the either/or state, is also an illusion. There isn either/or, there is only Oneness. Buddha sees that all people are trapped in an artificial prison caused by suffering, which itself is caused by duality and dualistic thinking. He realizes that attachment to dualistic thinking is the root cause of suffering and evil in the world. By finding “The Middle Way” he shatters the illusion of materialism.

Buddha realized that extremes are never good, that the middle ground, which is narrow and as difficult to follow as a razor’s edge, is the path to an enlightened state of consciousness. How do we walk this middle ground? Moderation. Avoid the extremes of self-indulgence. Buddha developed the Noble Eightfold Path, which is extremely similar to the idea of “righteousness”: 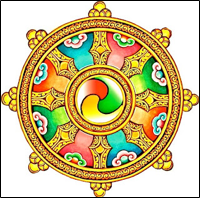 These are sometimes subdivided into three general groupings. The first two are Wisdom, the middle three are Ethical Conduct, and the last three are Concentration. Taken together, they form a way of life that helps us achieve a higher state of consciousness. Following the "right" way does not imply that we are to moralize or demand the world conform to our moral ideology--that's attachment to the material world! Being "righteous" is not about shutting down Planned Parenthood (don't even get me started). Rather, being righteous, following the Noble Eightfold Path, is about living a life that connects us more deeply with Universal Consciousness—with God. It is about practices for ourselves that awaken us to a completely different way of seeing and being in the world. It makes us more compassionate to the suffering we become ever more painfully aware of. Following the Noble Eightfold path, I daresay, makes us a lot more like Jesus.

Meditation: Make me mindful so that I might live more consciously aware of your presence.