- January 20, 2015
Humans have a way of deifying leaders. In the oldest cultures for which we have archaeological records; kings and their families were direct descendants of gods. These ancient gods took many forms, yet within their “heavenly” families we read stories about the sort of issues that face any powerful family—and the struggles facing any growing civilization. How do governments and citizens share responsibility? What is the responsibility of leaders to their constituencies? What are the rights of the people in a society? How do we define ourselves as a society? These are questions we continue to struggle with today.

As time wore on, the idea that leaders were somehow related to gods took firm hold in human imaginations. Pharaohs, then later Roman Emperors, were said to be descendants of gods. Today, we hear this idea and think the people of those eras took the concept of humans descended from gods literally. We read stories about Hercules and Achilles, even about Julius Caesar, and the stories imply that people of the time truly understood their leaders to be somehow divine. However, it’s highly likely that the Egyptians understood this relationship between leaders and gods to be allegorical. The Romans definitely saw the relationships of their leaders to their gods this way. 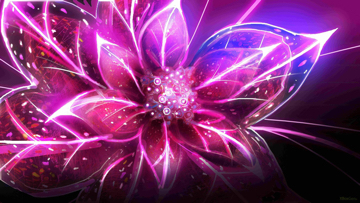 These humans weren’t literally the offspring of a god mating with a human. The stories were meant to convey power and give them an authority higher than that allowed by their human counterparts. A divine lineage allowed Emperors to make decisions without bureaucratic entanglements. When a Julius or Augustus Caesar was leading society, this system worked rather well. Augustus in particular was deeply concerned about the welfare of his people, and transformed Rome’s social services much the way FDR did for the depression era United States.

Unfortunately, our human habit of deifying people has carried over into our spiritual and mystical leaders. I find this particularly detrimental to their messages. You can pick any great spiritual mystic you like—Buddha, Jesus, Mohammed, and see that over time, these messengers of cosmic connection, these teachers of light, become exalted to the point that they are now nearly untouchable. This process makes their important message about transcendental humanity more difficult to comprehend, because they have become not examples to follow but exceptions. We can’t ever be like them because they were descendants of gods--and the only ones. So we miss the point of the stories of their lives and the lessons they taught their pupils, about how we are all more connected with the divine--and more literally, than we have dared to dream.