- April 10, 2015
Hopefully, we’re beginning to see the cyclical nature of faith, spirituality and religion (and yes, they are three very distinct ideas): A prophet comes along proclaiming a way to act as people of God. Often, the prophet also has a gripe with the established religious authority; usually the establishment’s misuse of power and their unwillingness to let the people of God read Holy Scripture or otherwise interact directly with God. The prophet gains followers who reform the system, allowing people direct access to both 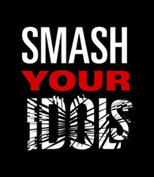 Holy Scriptures and God. Over time, the teachings of the prophet turn into a religious system of their own, often leaving behind the original people who established the system. Soon, the prophet himself or herself becomes an idol of worship. The prophet’s teachings are lost, replaced by idolatry and direct worship of the prophet. A priesthood develops around the now idolized prophet. The priesthood once again sets itself apart from the people of God, completely forgetting (or purposely and conveniently ignoring) that one of the prophet’s original gripes was the very same separation of the people from God by a priestly caste.

Now somehow specially permitted by God, the priests are the only group who can read (and understand) Holy Scripture or speak directly to God. Sometimes the priesthood can absolve people of “sin,” an idea that comes not from God, but is invented in every religion so the new priestly hierarchy, which is often the secular government (or so entwined with the secular government that the two are virtually indistinguishable), can control the people and keep them from revolting. A vision of God and our ability to personally connect with God has been perverted into a mechanism of terror, torture, and control through blind faith and idolatry of a prophet. It is a cycle that happens in every religious system, every single time. No exceptions that I can find throughout history. Not one. Sad, isn’t it?

This sequence happened in Judaism as it developed the monarchy of King David, in Buddhism as the teachings of an enlightened being were lost once again to religious schisms, in early Christianity as it turned into Catholicism and became the Holy Roman Empire, in Islam as Mohammad’s Holy Land of God became a Caliphate, and it’s happened today in Protestantism, as the priestly class is once again set apart from the rest of the people.

In Protestantism, in fact, many of the clergy still wear the black robes and stoles of Martin Luther! Yet, Martin Luther only wore robes and stoles because he was a university professor, and that was the fashion of his day! He never intended for clergy to wear something that set them apart from the rest of the congregation.

No matter what you think of Jesus (and hopefully it’s not idolatrous), he came to destroy the caste system of his day once and for all. In the Bible, the authors make clear that Jesus (and by extension the authors themselves who use the Jesus character in this manner) despised the idea of a religious hierarchy. Religious hierarchy is one of the things that Martin Luther rebelled against in the 16th Century. He worked hard to preach in German and translate scripture to German so the people of God could experience these ancient words for themselves. Yet here we are again, Protestants all, completing the typical cycle. Today our religious practices look uncomfortably like the practices Martin Luther tried to reform 500 years ago. Today, our Jesus looks very much like the idols Jesus tried so hard to point us away from.

The more things change, the more they stay the same.

We can break the cycle, though. In our age of mass, interconnected communication, we can speak directly to each other about the abuses of our religious systems and reform them by remembering that every single human being is a living breathing aspect of the consciousness of God.

Religions don’t matter. Churches only matter in so far as they are places for spiritually developing people to gather and assist each other on their journeys, and they serve the common good through social outreach programs (that do not attempt to “convert” people in any way). Jesus, Buddha, Muhammad, Moses, Lao-Tze—they only matter as purveyors of spiritual wisdom. We (incorrectly) idolize and pray to all of them. Few people use them as the teachers they originally were before the religious cycle turned them into idols. These great prophets wanted to show us how to connect to God. They had no intention of being exalted to the place of God.

Christians in particular might remember that Christ is not a person. Christ is the Greek word for the Hebrew word we translate as messiah. Messiah is not a person in particular, either, it is a person who is anointed with the presence of God. It is not a term meant for one individual, and never was. Many people in the Bible are called messiah, long before Jesus. The idea that Jesus is the one and only messiah is a development of the religious cycle that destroyed his message and turned him into an idol—that part of the inevitable process of the creation of a religion that happens to all prophets like him.

The real truth, the truth no religious organization or secular government really wants us to know, is that we are all messiahs. God anoints us all. The only difference between us and Jesus or Moses or Muhammad or Buddha is that they consciously realized who they were. They embraced their oneness with the Universal Consciousness that is the being of God. They allowed their egos to be dissolved by the spiritual truth that destroys religious dogma and idolatry. They allowed themselves to be used as engines of religious re-creation (one might say religious resurrection), and teachers of eternal spiritual wisdom. They beckon to us still, and urge us to let the Infinite Eternal melt away our ego, obliterate our idols, and return us to the spiritual being of oneness in which we are created. Once absolved of ego, we too will be used to change the world and bring about a global culture of peace, shared prosperity, and a love for God that finally supersedes superstition.

That, my friends, is the reform our world truly needs.

Meditation: Make me an instrument of truth and reform, God who constantly re-forms my very being.