- July 30, 2015
It is highly likely that energy is the fabric of the universe—both the creative force and the force that holds it all together. Isn’t that how God is described in the Bible, and even in literature that predates the Bible? Isn’t that how we’ve traditionally thought of God? As creator and sustainer, the force that literally breathes life into us?

The difference between the way we might (and probably should) think of God as creator and sustainer today, and the way we’ve thought of God in the past—and it’s a biggie—is that God as the fundamental, invisible thread, as energy, makes God a very intimate part of us, rather than the big man in the sky, overseeing everything and pulling our strings like a cosmic puppet master. God is not a puppet master, nor is God our judge and jury. God is the substance of our souls, and our souls are as intrinsic a part of our nature as our blood cells. There is no separating us from God, except that we think so. 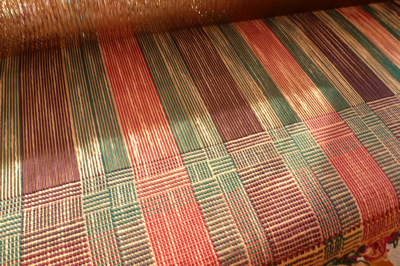 Even if string theory ultimately remains unproven, as a way for us to expand our notions about the very being of God, it’s incredibly helpful to think of God as the vibrating energy that creates and sustains everything. This helps us get over the idea that God is an alien from planet G, out there somewhere, who gets angry when we don’t worship him and rewards us when we do everything he says—and what God wants us to do depends upon who is interpreting God’s will. It’s a very slippery slope that’s caused all sorts of trouble in the world, and kept our image of God limited to a white man with a beard, sitting in the sky throwing lightning bolts around.

Thinking of God as the fundamental string—a vibrating sound out of which all creation is formed, allows us to get over the ancient patriarchal model of God, and imagine the very essence of God in everything that exists—male, female, human, plant, animal; in every color and gloriously diverse ethnicity, no matter what sort of name we invent to talk about God or describe the religious styles we invent to experience God (and we should be experiencing, not worshipping God, but that's another column).

God as the fundamental string demands we have respect for every creature, not because we're afraid of Divine retribution, but because we respect the Divine in everything we see, touch, taste, hear and smell. We experience the divine in every plant and every planet. If we think of God within and as everything, then when we abuse another human, we are abusing God. When we abuse the planet, we are abusing God. Hopefully, thinking of God as the basic building block of all and every reality helps us think in a more inclusive, loving manner.
To be continued…