The Crucifixion of Jesus, part 1

- August 18, 2015
While we’re working through the historical context and development of biblical ideas and stories, it’s important to remember that the Bible is multi-layered. Each story and letter has both a historical context (which is usually not a factual history, but rather an historical setting in which the biblical story takes place) and a spiritual context. The spiritual context of the story is really where the meaty stuff is. The spiritual meaning is what the authors of the stories wanted to convey to us about our relationship with God. Every single story in the Bible is an existential human musing about finding what Thomas Merton called our “true selves.” As the world has grown ever more literal (what has happened to our imaginations?), we’ve found it more and more difficult to discover and connect with the spiritual meanings in these ancient texts.

So too the historical context. As the Bible became more and more revered—partially because writing itself was so revered, the words took on a holy meaning in and of themselves. This in spite of the fact that while these stories were part of an oral tradition, the holiness was in the meaning of the stories, not in the stories themselves. The transition from pre-literate to literate cultures was not necessarily for the best. There was a lot of meaning lost in the translation, so to speak. Nevertheless, the historical and spiritual context of bible 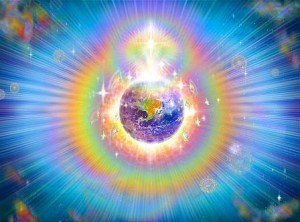 stories is intertwined like the fibers of a rope: the entire thing is useless if we unravel and pay attention to one strand or the other. Only woven tightly together within the context of history is it possible for us to understand the ancient spiritual meaning of anything in the Bible.
Perhaps one of the most starkly obvious stories we currently mistranslate is the story of Jesus’ crucifixion. Christians today consider the death of Jesus a necessary, pre-planned act of God in order to bring humans back into right relationship with God’s self. This is not what Jesus ever taught, though, and is, in fact, an idea that developed rather late in the history of Christianity—and one could argue didn’t fully take root until the 11th Century.

Jesus’ teachings were not about the afterlife. He never taught that he was the sacrifice for all human pain and suffering, or that he had come to die in order to appease a God that only human sacrifice would satiate. Yuck. None of those ideas originated with Jesus. All of them originated decades, centuries, and even millennia after his death.

Jesus never taught that we must all accept him as the “son of God” or even as the Messiah (in fact, when he refers to himself in scripture, he only refers to himself as “son of man”). He wasn’t concerned with wiping out “original sin,” a concept that doesn’t even enter the Christian vocabulary until Augustine in the 4th Century, CE. The crucifixion of Jesus had nothing to do with the supernatural ideas later superimposed on the event.

Jesus’ teachings were about the here and now—about connecting with God as deeply as Christ (which simply means “anointed” and had been applied to many people throughout Jewish history) himself was connected to God, because Jesus knew that only through this deep God connection could individuals (and thereby the world) truly be changed. Jesus was extremely concerned about the state of the world and saw the flaws in the world not as flaws of human character, but as systemic flaws created by beings who simply had no idea about their true selves. His was a message of social justice achieved through individual spiritual evolution, and I firmly believe his intent was to exemplify that to his followers—who were continually misunderstanding him. That tradition of getting Jesus' message completely wrong continues to infect Christianity today.

Jesus believed in equality for all God’s children, and importantly, that we are all God’s children, no exceptions—Jew, Gentile, Samaritan, Roman, Greek, king, tax payer, tax collector, prince and prostitute. Jesus makes a point of going to places like Samaria, to show that no person of God has a mortal enemy, and that no child of God should be excluded from society.

Eventually, his ideas would rub the Roman Empire the wrong way, and get him killed in the special way the Empire reserved for insurrectionists: Crucifixion.

Meditation: I am a being of light and love. I was born that way.