The Crucifixion of Jesus, part 2

- August 19, 2015
The Crucifixion of Jesus, part 2
Jesus proclaimed loudly and unabashedly that the laws of Roman society were unjust. He constantly pointed out that both the Romans and the Jewish priestly class were subjugating the people, enslaving every single one of them in one way or another—to Caesar or to Moses, and that this was simply not the way people were to live. For Jesus, any caste system was untenable.

Jesus said all this in an an area of the world that had always been tumultuous. Assyrians, Babylonians, and now Romans occupied the land that Jewish tradition said had been given to them by God. To make matters worse, in Jesus’ time the Jewish people (Jesus’ own people) were governed by a cruel, heartless Roman— 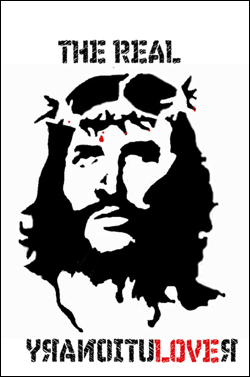 Pontius Pilate, who had no qualms about randomly killing people in the streets.

The story in The Bible makes Pilate out to be much gentler and forgiving than history shows he truly was. The historical record about Pilate shows a vengeful, hate-filled, ruthless megalomaniac who would stop at nothing to gain Caesar’s favor. Pilate was known for ruthlessly killing his enemies, his friends, his family—anyone he suspected could end his reign and the luxurious lifestyle to which he was accustomed. He would randomly slit people’s throats on busy streets simply to send a message. These stories are recounted in reliable extra-biblical histories by Josephus and Tacitus. Josephus was a Jewish Roman apologist—so for him to paint a very gruesome picture of Pilate means Pilate was indeed heinous.

So, when Jesus starts preaching about a new kingdom—the kingdom of God, and how he has been sent from God to overturn the ways—and leaders—of this world; when Jesus claims that his kingdom is not even of this world (a claim to Godlike status reserved for the Emperor); when Jesus teaches that people should share and redistribute their wealth, that all people should have healthcare (even on the Sabbath), that the world of oppression and war is inherently evil—well, those claims stirred the emotions and nationalism of the Jewish people. And just as it does to our leaders today, an unhappy population made Pilate and the Jewish leadership who were tasked with maintaining this tenuous peace very, very nervous, albeit for quite different reasons. Pilate simply wanted to maintain control, like the proto-Mafioso he was. The Jewish leadership was worried about the continued existence of Judaism and the Jewish people.

The hills and countryside around Jerusalem were filled with armed militias. The Jewish leaders worried that one wrong move by any of these private armies would bring down upon the Jewish population the full might and power of the Roman Army, wiping out Judaism once and for all. Mel Gibson not withstanding, the Jewish leaders of the era weren’t happy about the Roman occupation. They had no religious reason to see Jesus killed. Jesus never taught anything anti-Jewish, and in fact harkened back to Moses with his cry of “Let my people go!” Rather, the Jewish leadership of his time was nervous about a full-scale war, knowing there was no way they could win. So any social instigator—Jesus included, was viewed with caution.

Meditation: I am filled with God’s love, and that is revolutionary.